PM Modi while addressing at Shri Siddhaganga Mutt in Tumkuru, said he is fortunate that he is beginning the year 2020 from such pious land; He wished that the sacred energy of Sree Siddaganga Mutt enriches the lives of the people of our country.

He said, “We all feel the physical absence of Pujya Swami Shri Sri Shivkumar ji. I have personally experienced that his mere gaze was enriching and inspiring. With his inspiring personality this holy place has been giving direction to the society for decades”.

Addressing a public meeting in Tumakuru.

He said, “It is good fortune that I got an opportunity to lay the foundation stone of the museum to be built in the memory of Shri Shri Shivakumar Ji. This museum will not only inspire people, but will also serve to give direction to the society and country.”

Prime Minister said that India has entered the third decade of the 21st century with new energy and renewed vigor.

He asked the nation to remember how the last decade began. In contrast, he said, the third decade of the 21st Century has started on a strong footing of expectations, aspirations.

“This aspiration is to see India as a prosperous, capable and all-encompassing world power.It has now become the psyche of every Indian that the problems we have inherited have to be solved. This message emanating from the society also inspires, encourages our government.”

Prime Minister said that people fled from Pakistan to India, to save their lives, to save the lives of their daughters.

He further said that every countrymen has a question as to why people don’t speak against Pakistan and instead processions are being taken out against these people.

To those who are agitating against the Parliament of India, Prime Minister said, “If you have to agitate, raise your voice against the exploits of Pakistan in the last 70 years. Now the need is to expose this action of Pakistan at the international level. If you have to raise slogans, then raise slogans related to the way minorities are being tortured in Pakistan. If you have to take out a procession then take out a procession in support of Hindu-Dalit-victim-exploited from Pakistan”.

First, to reinforce India’s ancient culture of giving importance to every individual’s duties and obligations.

Second, to protect nature and the environment.

And third, to cooperate in public awareness for water conservation, water harvesting.

He said that India has always viewed saints, sages, gurus as a lighthouse for the right path. 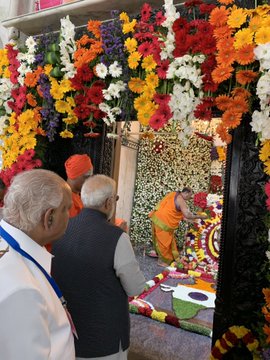 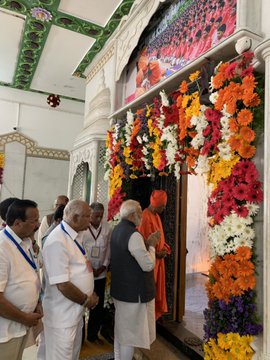 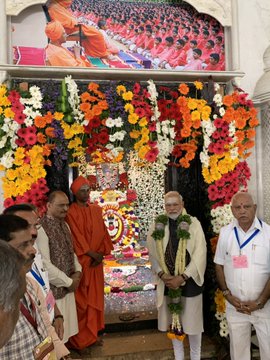 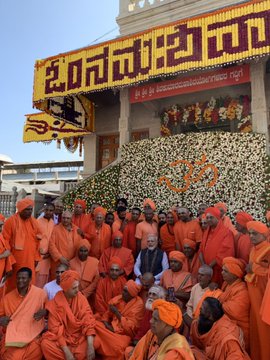 All about James Webb Space Telescope

How to start investing? Tips to start your investment journey

Feed your soul with some Astronomy….

SO YOU WANNA BE A WRITER

LET’S DEAL WITH IT….

PURPOSE OF SOLAR ENERGY IN INDIA :

Join us on Telegram

Join us on Telegram

Do Not Sell My Personal Information